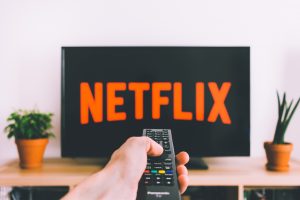 Watching TV series has always been a great way to improve your listening and discover new vocabulary while relaxing. As finding great series to watch has never been easier, we asked our trainers at ECLAT to tell us their favourite series; from comedies to spy thrillers and horror, you’re sure to find something to watch! All series are currently available on Netflix.